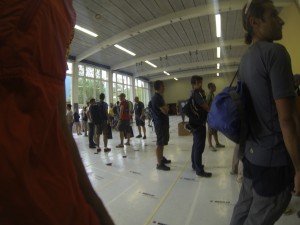 About 600 runners started in the different categories. There have been three distances with 16, 51 and 101 km in length. For the 101 km race there was a limit of 400 runners. That limit was already reached 3-4 months before. Also for the shorter runs there was no late registration available. Registrations closed early. 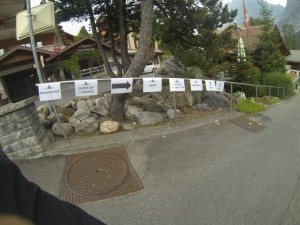 The race started at Grindelwald (at 1034m), which is just near the center of the Bernese Oberland in the canton of Bern. It is just surrounded of several mountains and many railways up.

The race started at 5 o’clock in the morning. The evening before there was a very informative briefing. 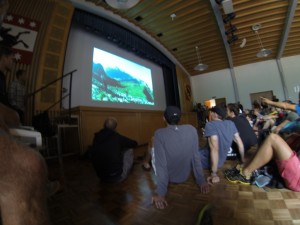 The evening before it happened as isolated thunderstorms with a lot of rain for about an hour. Also stating there, that blizzards in the mountains is not funny. You should find a place the wait until they stopped.  Ueli Steck showed up also and committed to go for the 51 km trail. He placed under the first 10 runners. 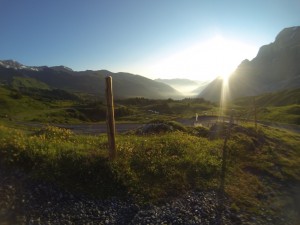 During the race on Saturday because of bad weather conditions the race was shortened from 101 to to about 90 km at about 18 o’clock. So some fast runners made the full distance, while others did not made the part by the Eiger glacial, where the race was shortened. Could have been worse. I first thought they would cancel the whole race. But there was a very good emergency planning done before by the organization committee. So everything was quickly reorganized. Some have been disappointed, but i got the feeling it had been a good compromise between safety and runners interests. At a point you have to make a decision. Also it might not the best one in the review, it is better to make one, then to wait to long or to make no decision.

On the other hand there had been many great other views and moments. Especially in the morning. 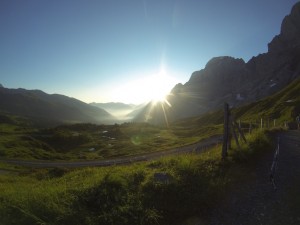 From the about 370 runners that started there have been 110 not finishing the race. It was very hot during the race. About 30 degrees in Burglauen for example. Long distances had to be run in the direct sun. Many of the runners quitted the race at Burglauen after the first half of the race. Maybe it was also too nice there.

The food was very good. There had been gels, bars and iso drinks in any combinations. Also meat, cheese and bread.

After the start at 5 o’clock the sun slowly rised. A very nice time during the day. 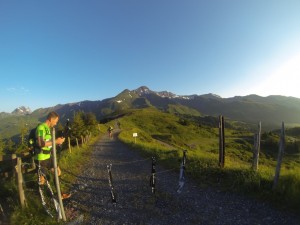 There had been many snowfields on the way. Some of them you had to ran over. 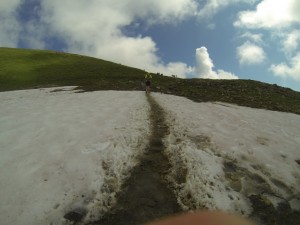 It was for all of them no problem passing. 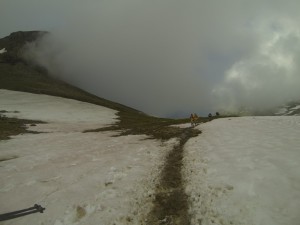 There had been so many nice views, here are just some of them. 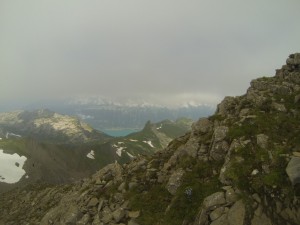 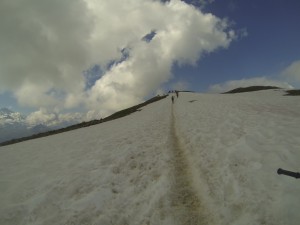 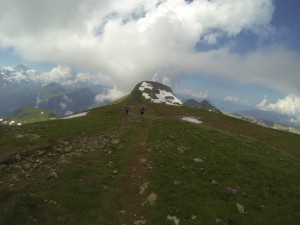 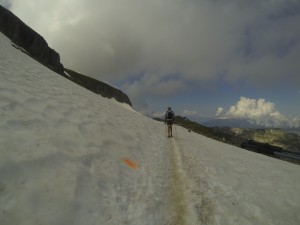 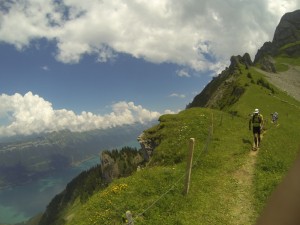 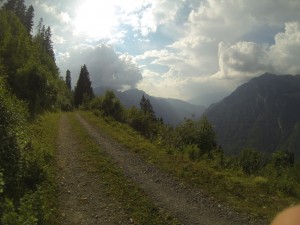 As one of the last, i was allowed to climb up to Männlichen, others haven’t been not so lucky and hat to take the gondola. Cause of blizzards the path up to Männlichen was closed through the mountains. 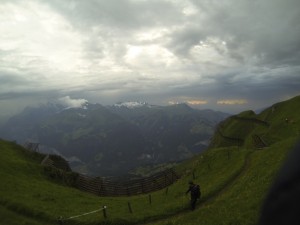 Many runners had not been able to run the part along the eiger north face. But anyway for security reasons, that was ok.

The race was very well organized. Thanks to everyone who helped this event to take place. Well done.